The NSMBA is proud to announce the Bridle Path Revitalization Project.  Thanks to grant funding from Mountain Equipment Co-op, the Bridle Path will be receiving a significant make-over during February, March and April in 2013.  The goal of the project is to revitalize the trail targeting areas where significant user ship has negatively impacted the trail bed. Drainage issues will be alleviated and impact on tree root systems will be rectified.  Aged structures will be removed and narrow bridges replaced.  The goal is to improve the user experience for hikers, dog walkers, bikers and runners for the betterment of the greater community.  One of the most heavily used arterial accesses on Seymour, the work is aimed at improving long term sustainability on the 4.2km trail.

The efforts are led by Lead Builder Matt Preston, who holds a long history working on Bridle.  The team of NSMBA builders who will take on this significant task along with Preston includes Peter O'Lochlann, Chris Barker, Earl Allen and Dan Lui.  Project management will be overseen by NSMBA Program Manager Mark Wood.  "This is a project that asserts our position as stewards of the trails, not just for mountain bikers, but for the community at large."  says Wood.

As the work unfolds over the next few months, broad based involvement is included in the work plan.  There will be a public trail day on March 23rd, meeting at Hyannis at 9am.  The scope of this project is also a great learning opportunity for the Shore Corps; graduates from the North Shore Trail Builder Academy.  "It is a real-world project that gives a chance for those keen to learn more about the profession of trail building." says Preston.  Several educational sessions are planned over the course of the project.  For those keen to join these sessions, the first step is to register for an Academy here.

The NSMBA would like to thank MEC for their support with grant funding of $15 000 for this project, the DNV for their support in providing materials and permission to conduct the work.  Thank you for your understanding as we work hard to make things better. 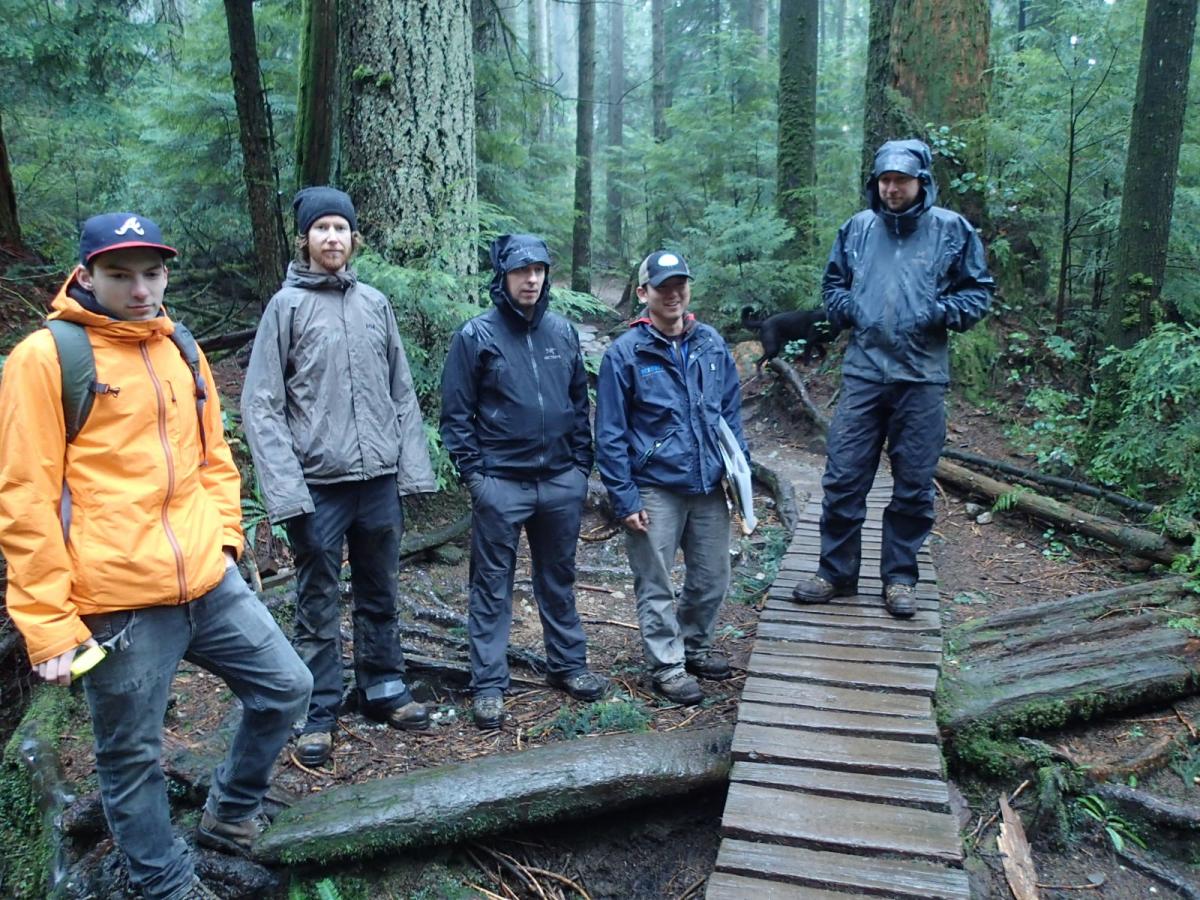