Join the NSMBA this upcoming weekend for two days of fun on the trails!

On Saturday, September 17th join us on Fromme for the LAST toonie of 2011!!  Dress like it's the 80s and blind the competition into falling behind!

Registration will be at the water towers, but we've decided on not timing the climb for this one, so the race will start at 10am from Mountain Highway at Jerry Rig.   From there, down Executioner, Dreamweaver, Dempsey back up to Baden Powell, and then up the Baden Powell to the water towers, where the race ends.

Apres localtion to be confirmed and announced later on.

It's not too late to volunteer!  Especially if you're a first aid person!  Email toonie@nsmba.ca to help out. 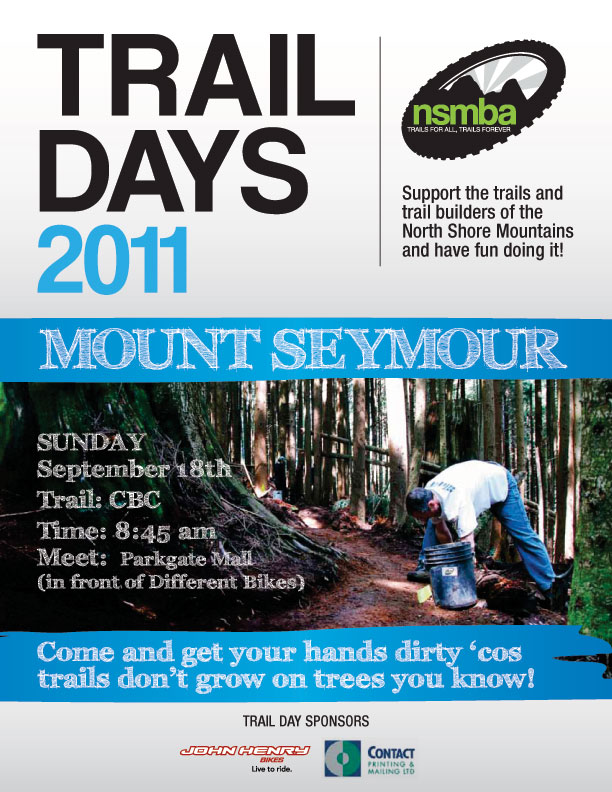 Then on Sunday, September 18th, hop over to Seymour to give one of the most ridden trails on the Shore some love. We'll meet at 8:45am at Parkgate Mall to meet your trail day leaders and start shuttles up the trail. Lunch will be provided by John Henry Bikes.