On September 24th the NSMBA held a Community Trail Day on Lower Expresso. Over 50 volunteers attended the event and thanks to leadership from the Shore Corps members Robin Donovan, Sean Brassil, Oscar Gomez, Tom Hudson, Alex Lamarre, Gordon McNaughton & Rick Boles, approximately 100m of trail was constructed.  A big thanks to our sponsors Santa Cruz Bicycles, Steed Cycles and Sacre – Davey who kept the troops fuelled and gave some nice gifts to the build leaders. Thanks to all of you who made it out to help with the construction of this new trail. 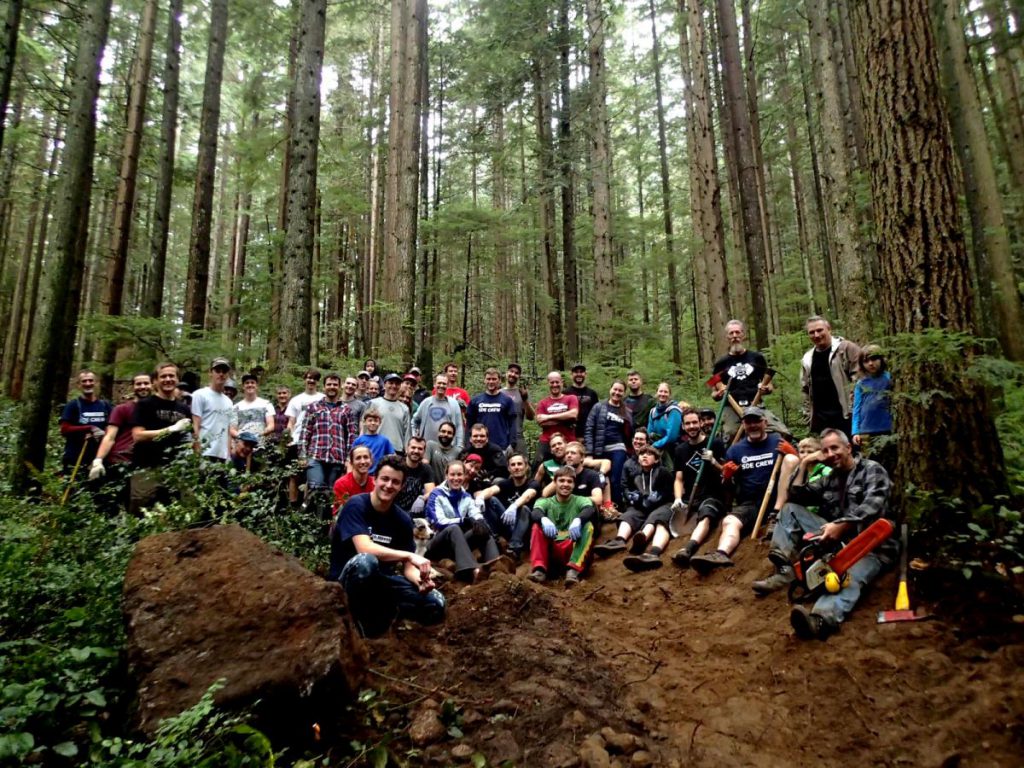 To give some background on this project, it was proposed to the DNV in early 2014 and after a full Environmental Assessment, given approval in August of 2016. The trail will be approximately 500m in length and will connect Expresso with Pennzoil.  This will remove downhill bike traffic from Dempsey Trail making access to the Baden Powell safer for dog walkers and hikers. 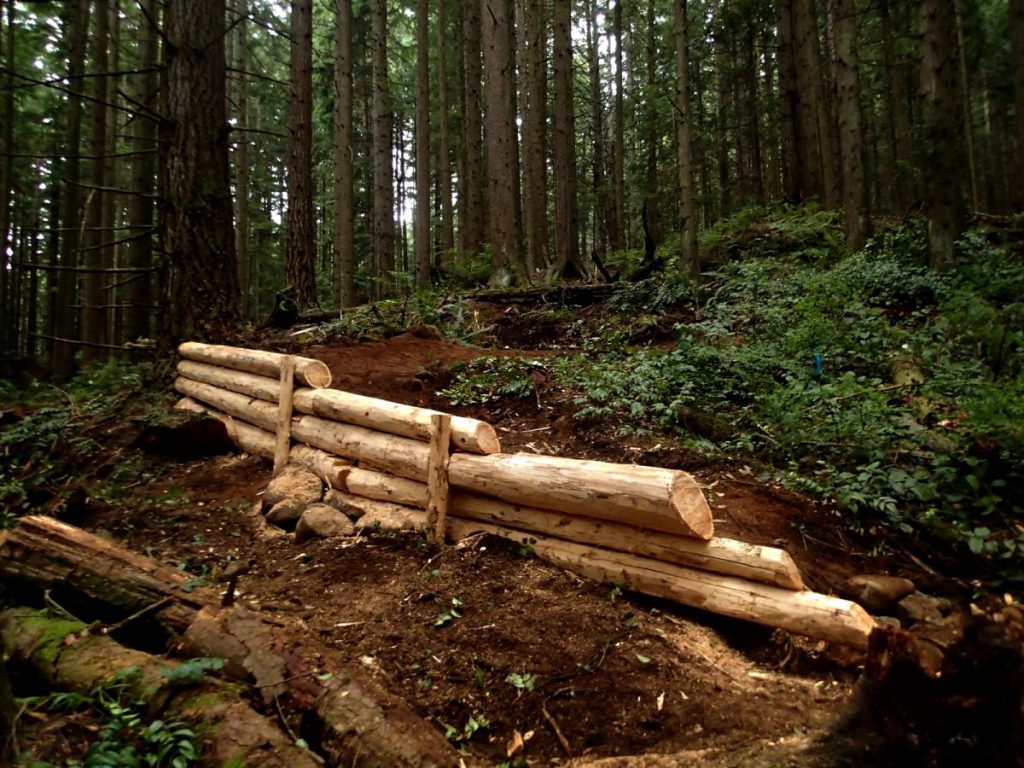 With the return of moisture, TAP is in full swing with work days happening on Seymour and Fromme to improve and maintain the trails.  Big thanks to Arc’teryx for their TAP efforts to help on the construction of Lower Expresso. 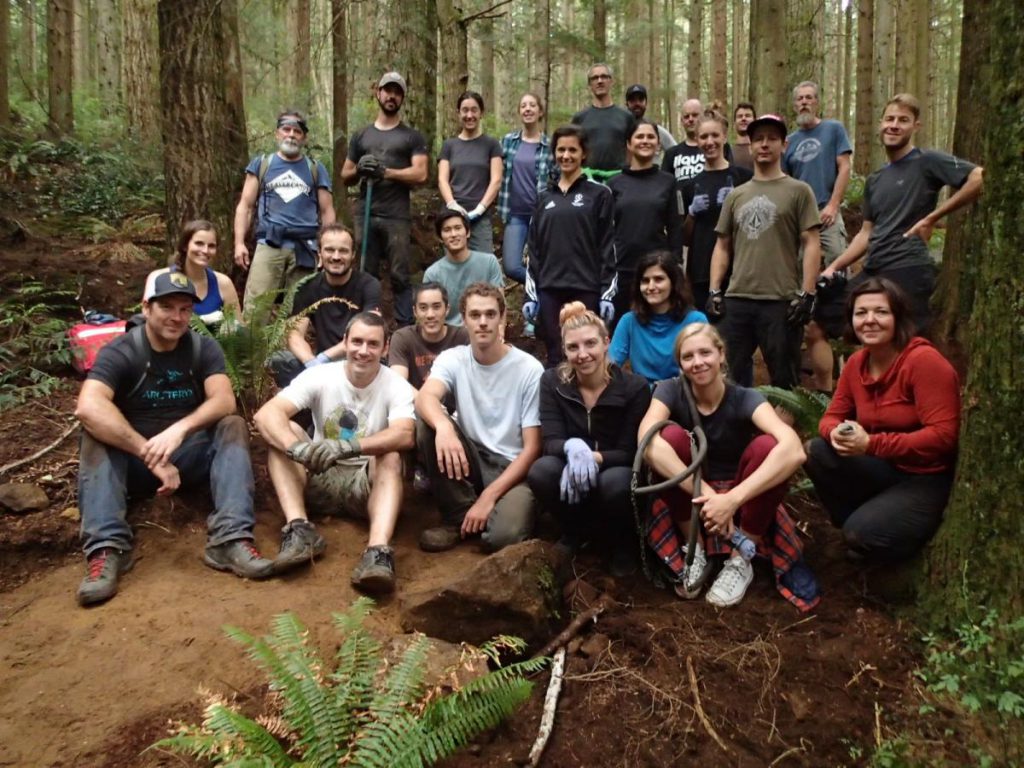 Fall Builder Academies in Sept, Oct and upcoming on Nov 8 will see another 60+ grads become members of the Shore Corps.  Ongoing Academy work groups have tackled sections on Lower Expresso to build new trail and an Advanced Academy has built a significant 4 tier retainer to sculpt a banked turn. Advanced training has also included the rebuilding of an aged bridge on Lower Oilcan.  If you’d like to be part of the Academy grads, join us for the final Academy of the year on Nov 8th 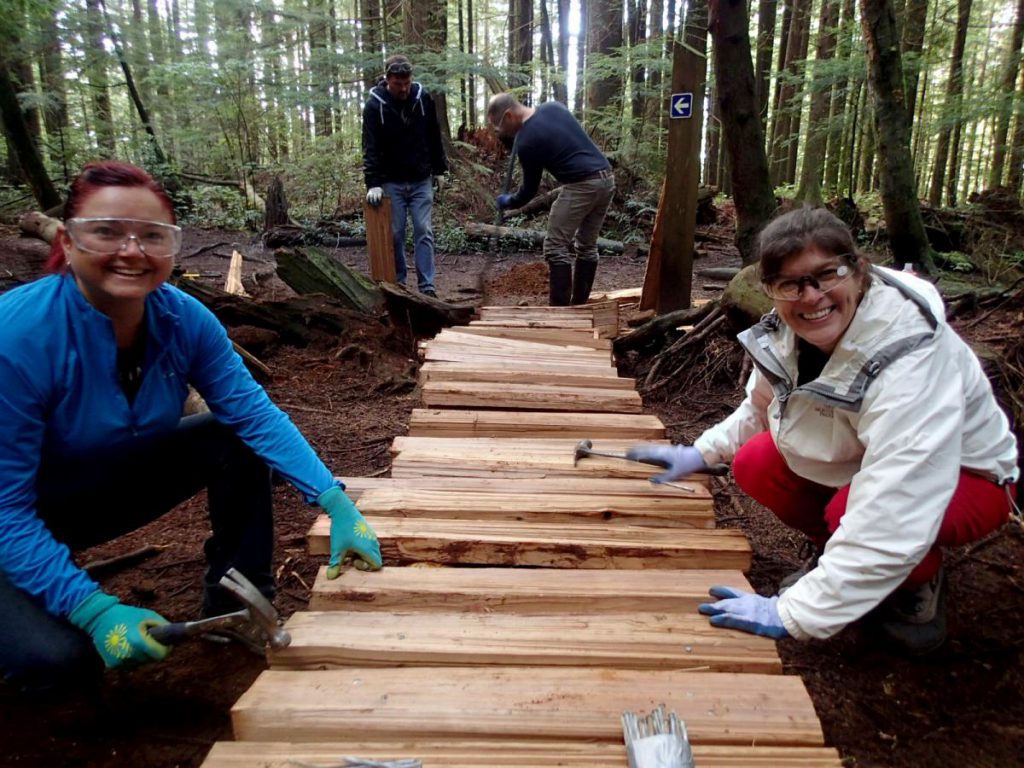