I woke up to a clear and cool morning on Saturday for my first TAP Trail Day on Circuit 8, with volunteers from BC Bike Race and Adera. The torch for this trail has been passed on to me from Matt Preston, a long time builder on the Shore and famous for his work on the Bridle Path, Sticks & Stones, and Slippery Salamander. Matt has been plugging away at Circuit 8 now for a couple of years, but his education and career has him on a stint up north for a couple years. Thanks for all your work over the years Matt, we'll make sure to work twice as hard until you get back!

Matt Preston on Forever After

Circuit 8 is a trail that's tucked away in the LSCR, about a mile up the paved path. Being a bit out of the way, not many people get up to it but it's a funky little loop, and can be a good 20 minute ride when you line up every part of it. I'll add it into my ride every once and a while, when I head over from Lynn Valley to ride the Seymour trails.

The vision for all the work on Circuit 8 over the past few years has been to "bring the singletrack back". Sections of the trail get really boggy in the wet, and over time the trail has gotton wider and wider as people try to avoid the puddles.

I met Jeff, Brad and Kevlar at the gate and we hiked into the trail to work on two sections of trail that needed a little love. The first spot was a puddle, about eight feet wide and eight inches deep. Brad and Kevlar drained the puddle, while Jeff and I started the search for materials. 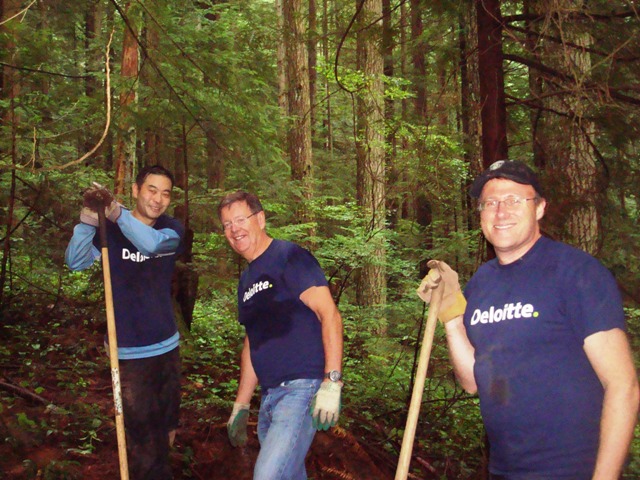 Brad and Kevlar parting the sea . . .

For this puddle, we decided to keep on the high side by creating a rock retainer and backfilling with rocks and gold. Unless you build, you'll never see how much effort and material goes into such a small section of trail. Thankfully we had a good source of rocks and gold dirt nearby. 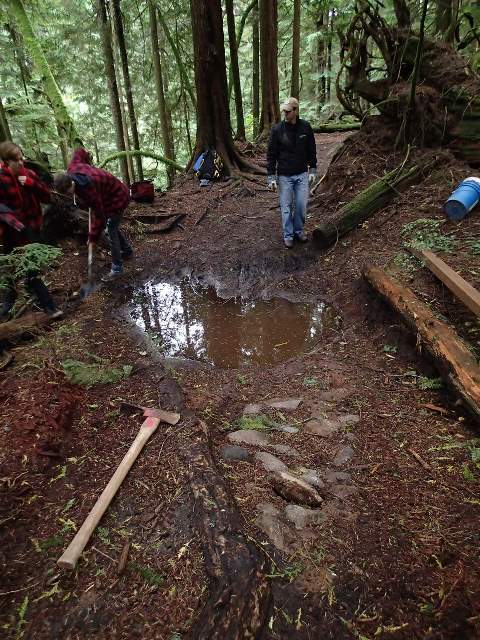 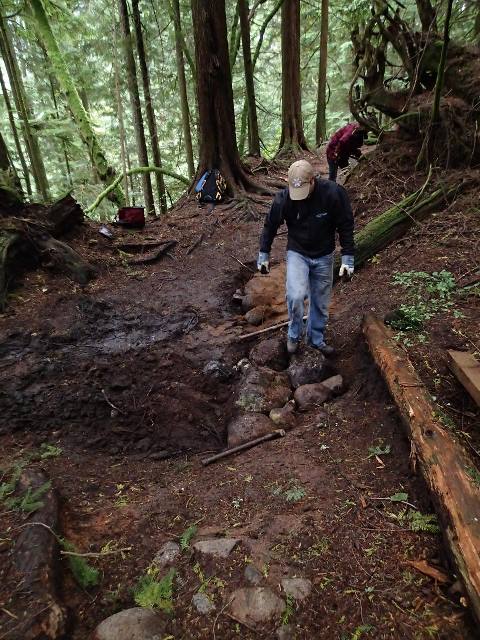 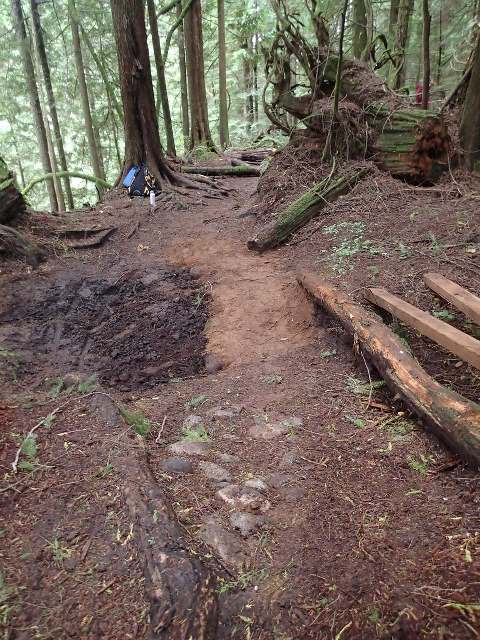 Before, during and after.

The second spot was very similar, except the puddle was half as deep and twice as wide. A similar problem called for a similar solution. After the rocks and dirt were in place, we brought in some bucked up logs to encourage people to stay on the new section of trail. 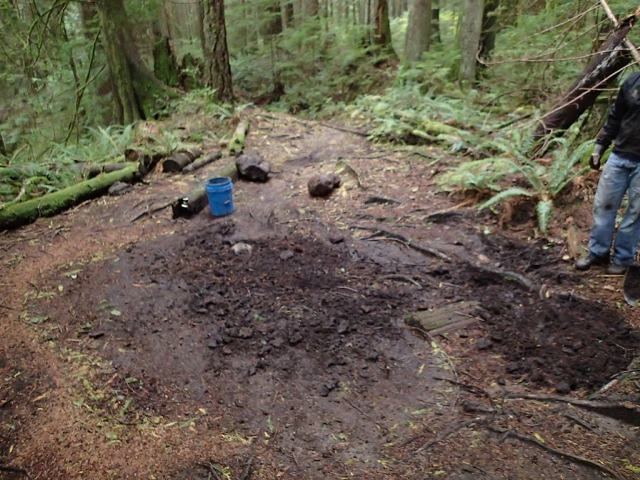 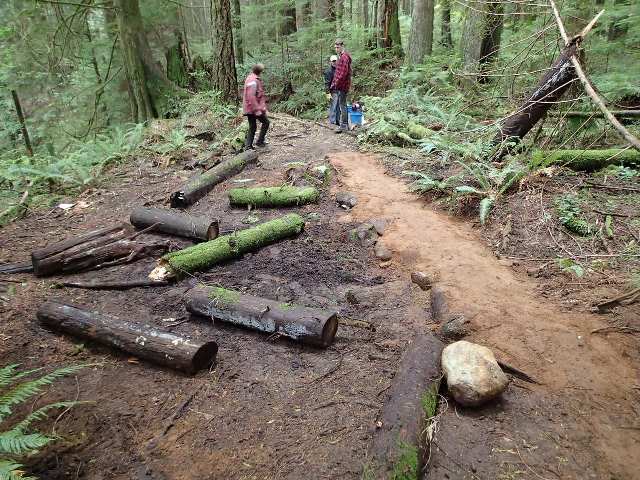 Slowly but surely, one trail day at a time, we are bringing the single track back to the Circuit 8. Thanks Jeff, Brad and Kevlar for coming out for a productive Saturday! 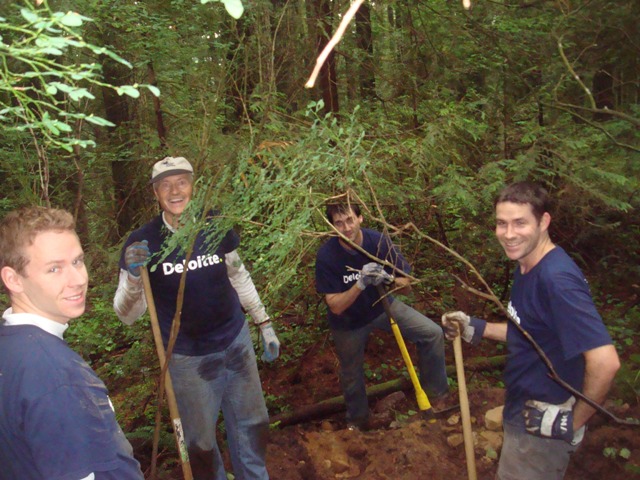