On October 28th, the DNV, BC Parks, the NSMBA and the Lower Mainland Green Team worked together to naturalize the Empress Bypass as a final stage to beautify the area after the realignment and maintenance efforts led by NS Ride, Different Bikes as TAP adopters under the leadership of NSMBA Trail Builders Dan Lui & Darryl Marlatt.  The trail has been greatly improved offering a better user experience while alleviating speed issues and drainage concerns.  The NSMBA would like to thank the DNV, BC Parks and the Lower Mainland Green Team.  For more pictures, click here. 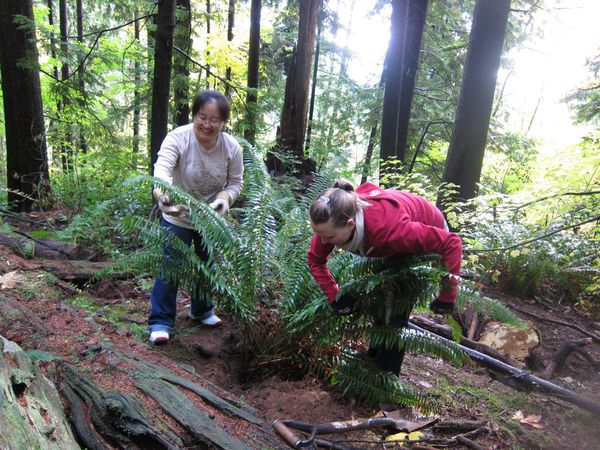