On September 23rd, the Adopters, Builders, NSMBA Board of Directors and many friends in the community whose efforts shaped  the work completed in the inaugural season, joined together to celebrate our collective accomplishments in 2011.
The clouds cleared and the rains seemed to stop on cue.  Brent Martin from Ryder's donated the venue and Dorothy Luebke  arranged the food. It was a night to recognize the efforts of all the volunteers who made the first TAP season a success.
The Honourable Mayor Walton was on hand to share words of inspiration and speak of the importance of mountain biking in the  community and his support of the positive stewardship TAP has shown.

The NSMBA would like to thank everyone who joined us in the celebration and extend our thanks to all the people who made TAP a success in its first season. 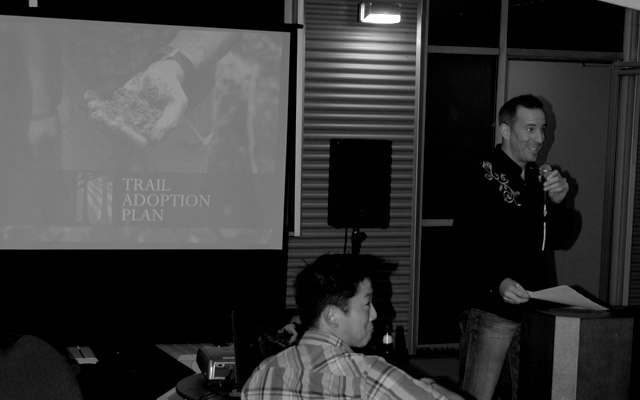 The Speech as delivered by Mark Wood NSMBA TAP Director:

"Thank you everyone for coming together to celebrate our inaugural season of the Trail Adoption Plan.

Thank you to Brent and Ryder’s Eyewear for hosting this evening.

Thank you to Dorothy for taking care of the delicious food!

Tonight we have come here to recognize and celebrate our accomplishments for the inaugural season of the NSMBA Trail Adoption Plan.

2011 has been nothing short of spectacular! 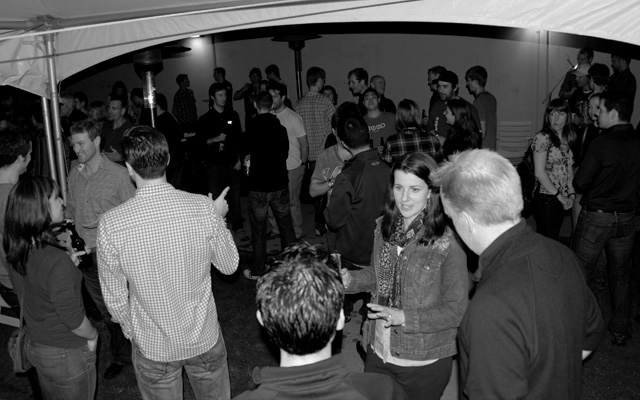 There’s been an incredible amount of work completed, thanks to all of you, the Adopters, the Land Managers, the Builders and the many, many volunteers.  In total, 9 trails have been adopted and revitalized on Mount Seymour and in Lynn Valley.  The numbers are impressive-let me break it down.  We will near a total of 40 trail days by the turn of the calendar year.  With an average of 12 people per trail day, for a total of a minimum of 6 hours work per trail day, there will be a total of nearly 3000 man hours invested in our trail network through TAP alone.  And this is just the beginning! Who knows what awaits in 2012.  But that’s another story yet to be told.

The work this season couldn’t have been done without all of you, and leading our efforts are a group of builders who bring their experience and modern knowledge of sustainable building.  I would like to thank our Trail Maintainers who have led the charge:  Sean Gerke, Daniel Lui & Darryl Marlatt, Matt Preston, Todd Fiander & Jerry Willows, Tyler Wilkes, Chris Barker & Sven Luebke.  Gentlemen, thank you for your hard work.

Power is defined as “the ability to bring about change”.

Tonight we are here to get together with our community as we make things better through the power and strength in numbers, to bring about that change, to be active participants in the revitalization of the Shore…  To be the change we want to see. 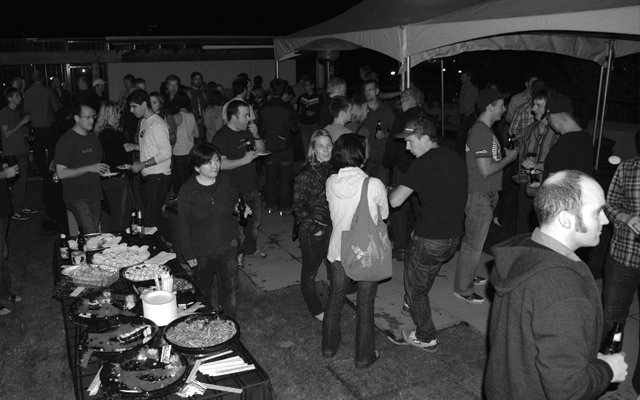 The North Shore has a rich history, and a promising future as we work collaboratively with the Land Managers to align our goals and work together to improve the trail network for the community.

The NSMBA would like to thank the Land Managers for their efforts and support.  The DNV and Metro Vancouver have donated materials and manpower, cut out danger trees and worked with us to ensure we created a shared vision that works best for everyone.  I would like to recognize Mike Mayers and Heidi Hickey from Metro Vancouver for their proactive and positive attitude.  I would also like to thank the team from Metro who joined us on trail days to help in the work, even bringing snacks and drinks to keep us fuelled.  Thank you Metro Van! 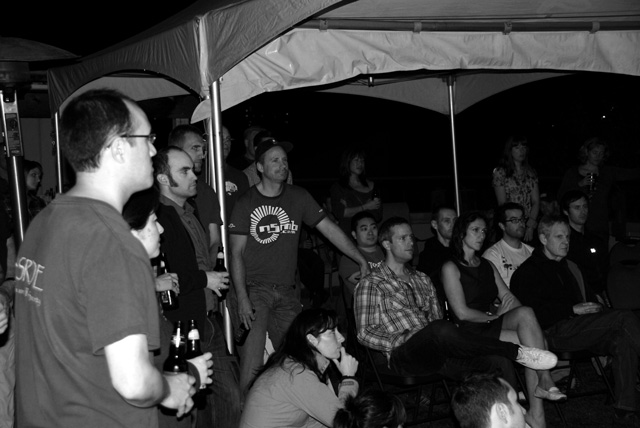 The NSMBA would also like to thank the DNV, specifically Susan Rodgers, Graham Knell and Owen Thomas who have been strong supporters of our efforts.

The NSMBA thanks the Land Managers for their support of TAP in its first year and we look forward to working with you again in 2012, as well as working more closely with BC Parks.  On that note, we would like to thank Robert Wilson, Senior Park Ranger with the Ministry of the Environment, BC Parks, for his support and aid in working through the permit application process which we hope will open the door for TAP in BC Parks in 2012.

There are many people to thank for their efforts in our first year.  TAP is truly an example of the whole being greater than the sum of its parts.  I would like to thank Andy Rogers, fellow NSMBA Director, for giving TAP its identifiable mark.  AJ created the logo and image for TAP.  Thank you Andy for creating a beautiful image. 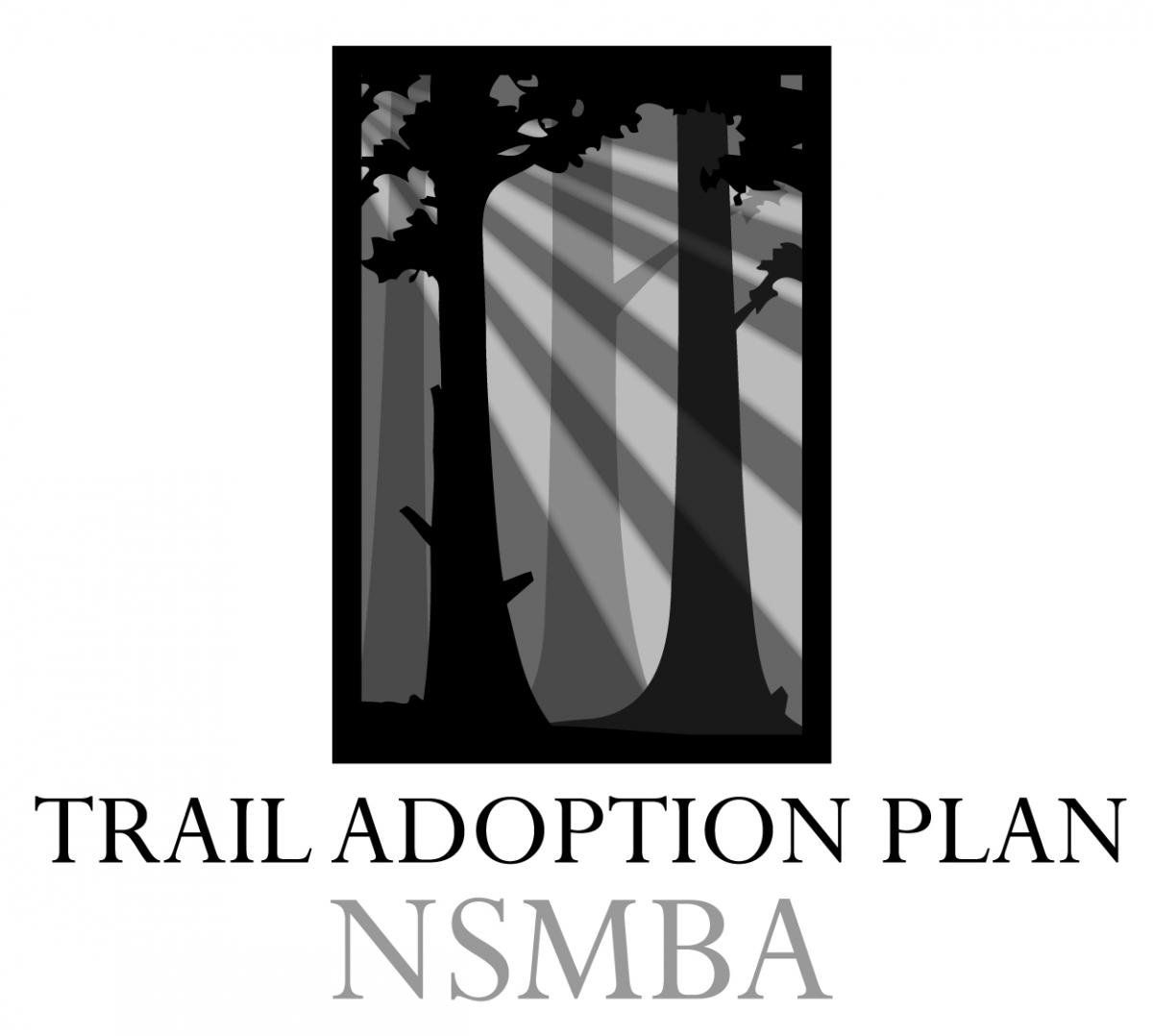 Tonight we have a special guest with us, and I would like to invite the Mayor of North Vancouver, the Honourable Mayor Walton to share a few words.

(Mayor speaks for 10 minutes on the importance of mountain biking in the community, backed by statistical analysis of ridership, as well as the work the DNV crew has done this year.  He recognizes the efforts of TAP and applauds the stewardship of the program.) 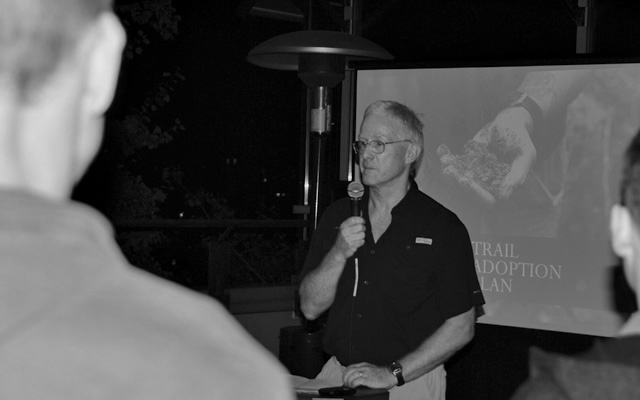 We’ve proved in less than one year, that through cooperation and a lot of hard work, we can do it.  Testament to that is the fact that some of the trails on the TAP program may actually be completed this year, far exceeding our most optimistic projections!  But we know maintenance of these trails will continue on into the future. 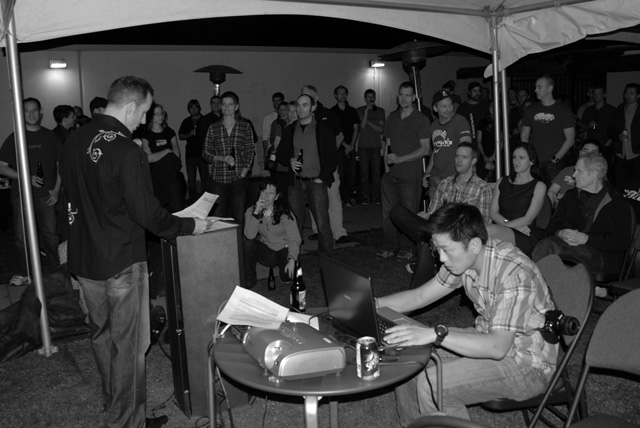 The great work that has been done this year has been born on the backs of the Adopters.  You are a group of people that let your actions speak louder than your words.  And tonight, we will be taken through a visual journey of that work in slide shows and videos.

First, lets look at Boogeyman.  Thank you to long time Shore local Kim Steed, of Steed Cycles.  Thanks to Kim & the crew at Steed for being a part, and thank you to Andrew Armour at Giant Bicycles for joining forces with Steed to tackle one of the most daunting tasks on the roster, that of revitalizing Boogieman, whose many wooden structures have fallen into disrepair.  Lets take a look at the work Steed Cycles & Giant have put into their Adoption, led by Builder Sean Gerke who proves that dynamite comes in small packages.

Thank you to Andy Handford of Different Bikes, a dedicated  community leader who has been out on many trail days himself.  The crew at Different Bikes have  joined forces with NS Ride to turn back the hands of time on Ridge Runner & Bottletop, led by Geologist Daniel Lui & and hard working Trail Maintainer Darryl Marlatt.

Rocky Mountain Bikes have a long history on the Shore and maintain a strong local connection with the community.  Thank you to Pete Roggeman, Wade Simmons, Peter Vallance and the Rocky Mountain crew for their work on Circuit 8 & the John Thompson trail led by a builder who has put in countless hours on trails throughout the Shore, Matt Preston.

nsmb.com could be said to be the vocal chord of riders from the Shore, throughout BC, and even global opinion from riders around the world.  Thank you Cam McCrae from nsmb.com, with support from SRAM, for your efforts on Dale’s trail, led by two long time legendary builders, Todd “Digger” Fiander and Jerry Willows.

Wherever you find community in the world of outdoor adventure, you’ll find MEC.  They are an organization that works continuously to improve what we've got.  Thank you to Kirsten Blomdal, Stephanie Rauer and Jason Town for your efforts on TNT with your co builders Tyler Wilkes & Chris Barker.  You've all done a great job on a trail that needs lots of attention!

Thank you to Brent Martin and Ryders Eyewear for your work on Pangor, a trail that had a creek running though it in the wet season.  It is a long trail that needed much work, and thanks to the Mud Bunnies and Westport, led by Sven Luebke, Chris Barker and many other talented builders, a majority of the work will be completed this year.  Great job ladies (& gentlemen!).

Our final adoption is from a group you wouldn’t associate with mountain biking at first…I would like to thank Stan Yee from BMO Bank of Montreal for his persistence to be a part of TAP.  I would also like to thank James Burris and Eric Hung who took up the slack in his absence.  You see, these guys are more than just financial advisers and branch managers-they are riders too.  I can only speak more about their efforts as I worked as the builder with them on Corkscrew, and they are a very hard working group, enthusiastic and positive.  The work we accomplished on Corkscrew together was beyond my greatest expectations.  They are a group of overachievers as you'll see with the 25 minute documentary they've prepared…

Thank you everyone for being a part of TAP and taking action and working together to make things better on the Shore.  2011 has been an amazing year with a tremendous amount of work completed.  As we enter 2012, there are some exciting opportunities.  The NSMBA thanks you for your support and we look forward to what awaits in 2012! " 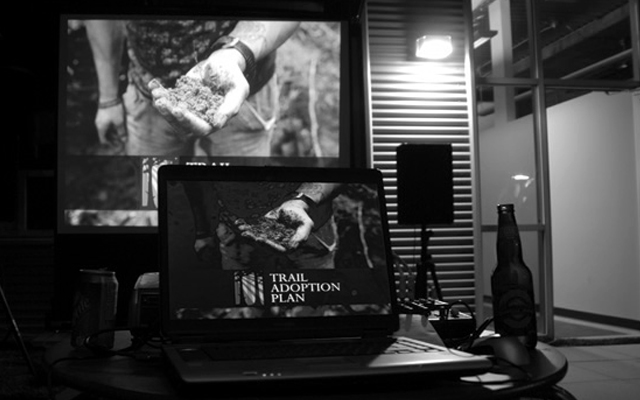