The aim of the campaign is to preserve our North Shore heritage trails. So far this year, the NSMBA has been able to complete substantial work on 7th Secret, Upper Oil Can, Ladies Only, Pangor and Boogieman – all advanced level trails (black or double black diamond). None of this work has diminished or diluted the nature or difficulty of the trails. Future work performed using the proceeds of the heritage campaign will be conducted with the same ethos. 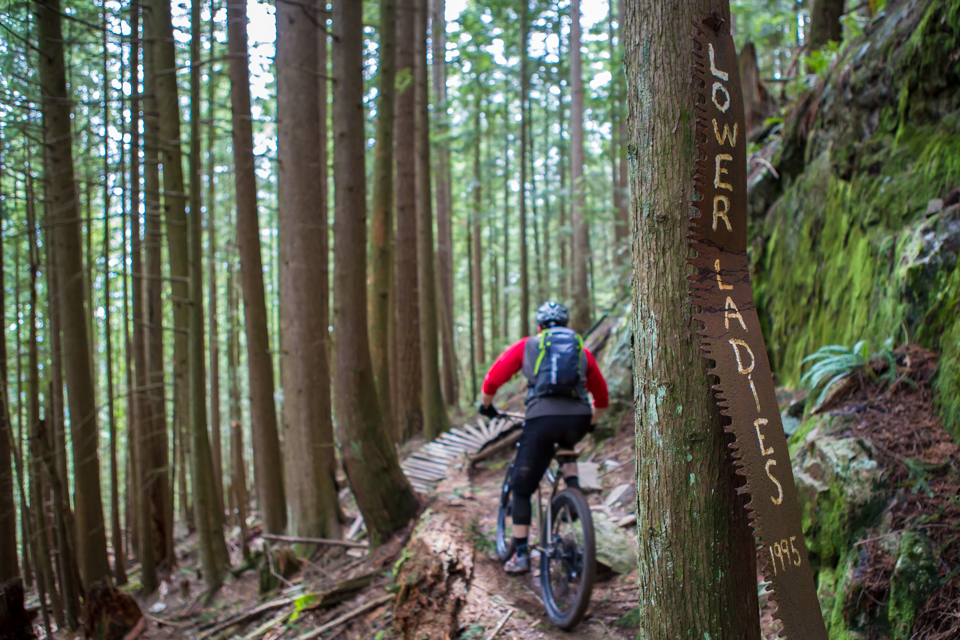 What makes a trail a heritage trail? The NSMBA is loosely defining this as any trail that had a significant impact on the development of the Freeride movement on the North Shore.  The Heritage Campaign would seek to work of a trail that meets this definition and would preferably be a trail which has not seen revitalization work in the last 5 years. The trail would be of black or double black difficulty in its entirety. 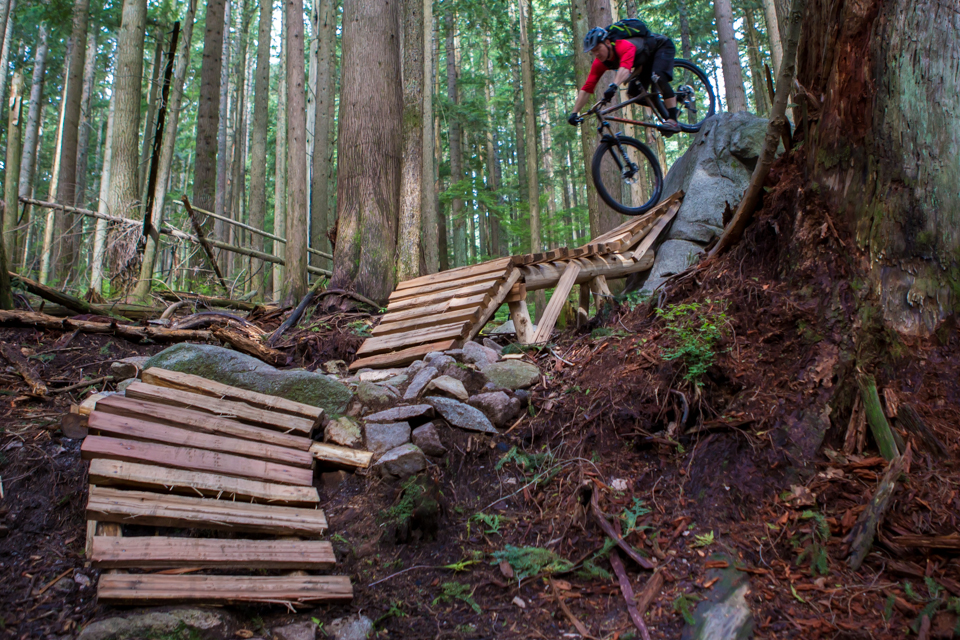 The amount of money raised by the campaign will determine the scope of the project(s) that the NSMBA will be able consider. All project(s) will require approval from the Land Manager. The NSMBA cannot speculate on what projects might be possible at this time, as there are too many variables for us to make any promises.  Please refer to the slide below for an explanation of the process the NSMBA follow’s to obtain a permit to conduct trail work.

The funds raised by this campaign will be entirely devoted to trail work; funds will be used to pay for builder salaries, tools and materials. This includes such costs as CPP, EI and WCB premiums. The NSMBA secures wages for our Administrator and Program Manager from other sources. Our Program Managers duties include trail building; there is no additional compensation above and beyond his salary for trail building work.

To summarize, the timing and scope of new work will be dependent on the funds raised by the campaign and the successful permit applications. The intent is to have a plan in place for release at our Town Hall meeting this spring.

Please consider donating to the campaign, a successful campaign of $30 000 will demonstrate the community support and desire to have this type of trail experience.