Mayor Walton broke the stillness of the morning, his tires rolling on smooth dirt through the Fromme forest past cedars and ferns on his inaugural run down Bobsled, the newest addition to the trail network on Fromme Mountain. The track was clear, it was all his.  Those of us planting ferns and sprinkling loam on the side of the trail in our early morning naturalization efforts cheered him on as he rode past, rounding each golden corner after the next.  It is September 25th 2010, and it is a day that should be marked in all our calendars.  Today marked the beginning of a new era.

The new Bobsled Trail was built by the District of North Vancouver using a portion of a Federal grant aimed at rehabilitating recreational assets across the country.  It is a step forward in the history books, a step taken together with the NSMBA and all the mountain bikers who come from near and far to ride Fromme Mountain, one of the most legendary riding destinations in the world.

The $260 000 grant was matched by the DNV and has been used to revitalize the trail network for all users.  Long gone are the days, which really seem like not so long ago, when the landowners were deconstructing trails, not building new ones.  But now, mountain bikers have been officially embraced as part of the greater community in which we live and ride, for it is understood we have the same goals as the landowners; We want to preserve and protect the very forests in which we ride.  As well as make improvements. With the building of the new Bobsled, the District of North Vancouver, the City of North Vancouver, and both the Provincial and Federal Government have officially embraced the sport of mountain biking as an integral part of the Community. 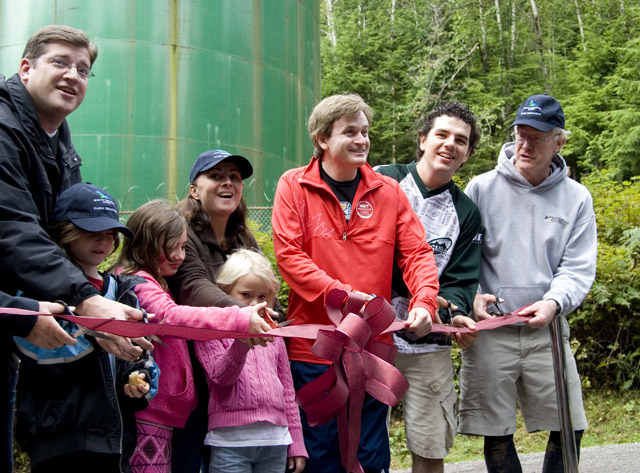 In his ceremonial speech on Saturday, the Mayor of North Vancouver applauded the efforts of the 6 person DNV Trail Crew, led by Owen Thomas, in their recent efforts to revitalize the trail network.  They have been working hard on the slopes of Fromme since early Spring, building bridges, boardwalks, and roller coasters,  diverting water, and signing trails amongst many other significant and labour intensive improvements. Thank you to the DNV and the DNV Trail Crew for your management of what is surely a daunting task.  An update of their ongoing tasks and completed work can be found here

The grant monies are also being used for many other projects on the mountain including forest management and large improvements on multi user trails.

“Today, we are here to see some of the benefits of this investment as we open the Bobsled Trail, a fun, flowing beginner trail that will provide a new level of progression for riders new to the North Shore.”  The words of MP Hon. Andrew Saxton rang true when, shortly after the ribbon cutting ceremony, all level of riders, young and old alike, families and community leaders made the 7 minute climb to the trail head, rolling enthusiastically through a three minute fun, flowy trail that is filled with rollers and berms made from glorius gold dirt top to bottom.  It is the first trail of its kind on the Shore.  And many doubted it could be done on the gnarly slopes of Fromme.  But here it is, a fast, smooth, flowy, fun trail for any level of rider to enjoy! 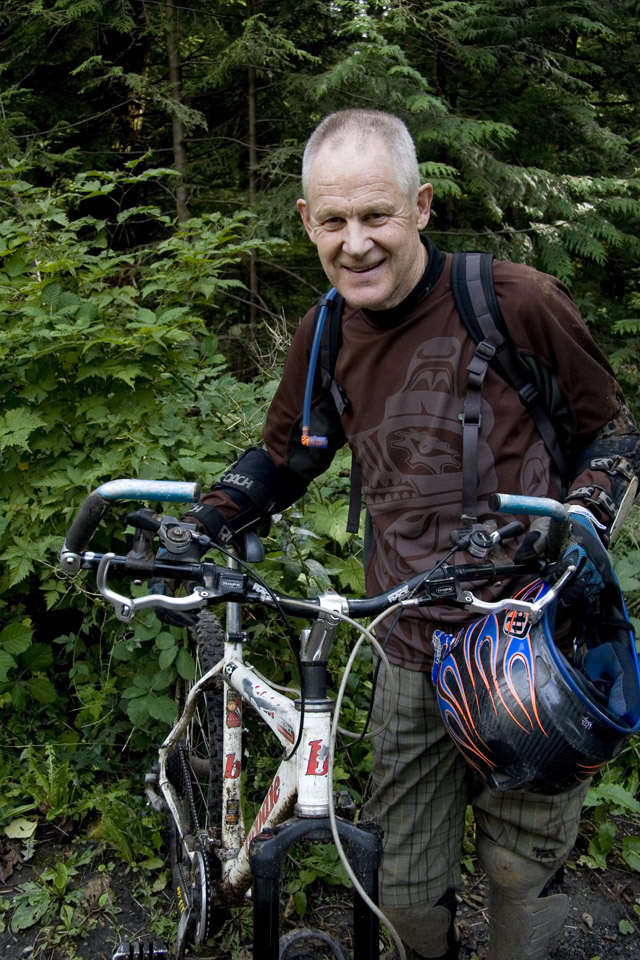 “We’ve come a long way,” said Mathew Bond, NSMBA President, “only a short few years ago, this kind of celebration would have been inconceivable.”  It is a far different climate on Fromme today than what it used to be.  And this is just the beginning of good things to come.  But it will be up to each and every one of us to carry the torch after the grant money is spent by March 2011.  Join Here (link).

We at the NSMBA see the new climate of cooperation as a tremendous opportunity in which to work with the landowners as a strategic partner with aligned goals to preserve and protect the trails of the North Shore.  And continue to create more opportunities like this.  The future is bright indeed! 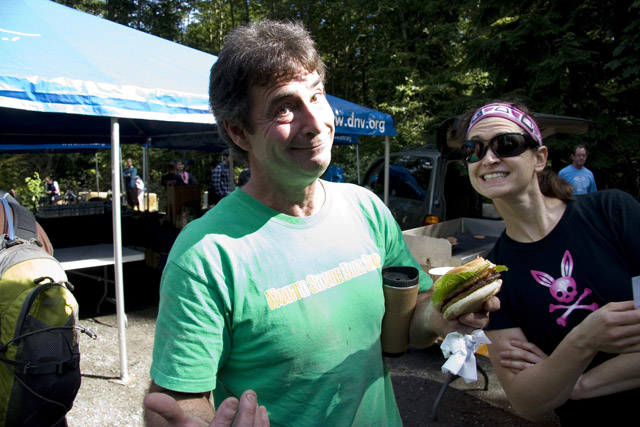 Some Legends need no introduction.  Digger looks forward to the bright future!  And so does Rhonna!!

These guys are involved in everything to do with the Shore!  Arthur of Suspension Werx and Darren Butler of Endless Biking!  When they're older they'll be legends too!