A new bridge spanning the Seymour River will be built this year by Metro Vancouver. It will replace the old bridge that was made unusable and removed after the 2014 landslide. The work is expected to be completed by December 2017.

The new bridge will: 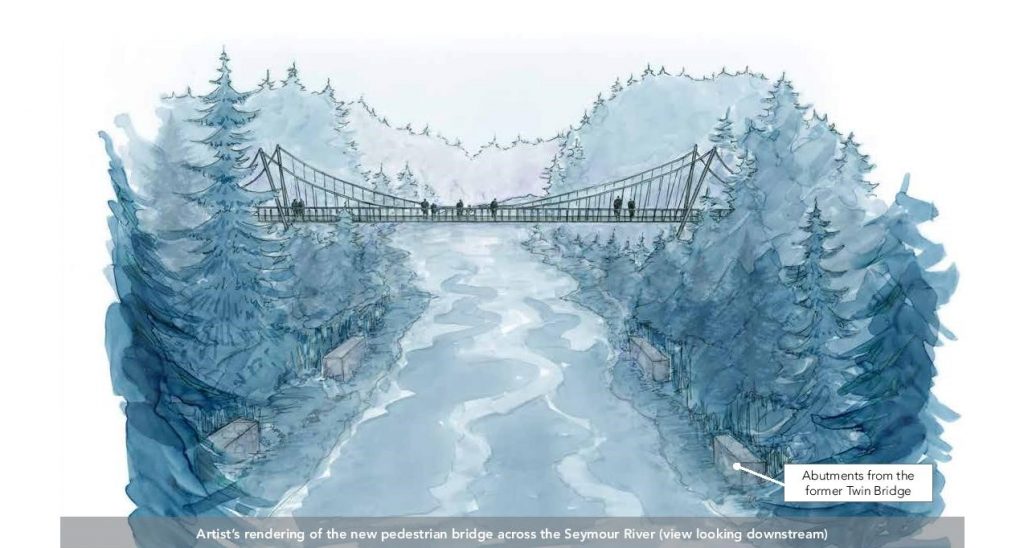 Other work that will be done during the project also include: